Published in Jewish Business News by Ilan Shavit Speaking to Israel Radio, Israeli Foreign Minister Avigdor Lieberman suggested the EU print its warning labels of products made in the West Bank on a background of a Yellow Star.

The Hebrew term for the item is “Tlai Tzahov,” or yellow patch.

Sixteen European Union (EU) foreign ministers have signed a letter calling on the EU’s foreign policy chief to label Israeli products made beyond the 1949 armistice line as “Made in the West Bank.”

In the letter to EU Foreign Policy Chief Federica Mogherini, the foreign ministers said that the proposal would help consumers from being “misled by false information.”

“European consumers must indeed have confidence in knowing the origin of goods they are purchasing,” the ministers wrote. “Green Line Israel and Palestinian producers will benefit from this.”

The letter cites a previous one advocating the same labeling measure that was sent to Mogherini’s predecessor, Catherine Ashton, in 2013. At the time, U.S. Secretary of State John Kerry urged Ashton to put the initiative on hold while he pursued peace talks between the Israelis and Palestinians.

Lieberman told Israel Radio repairing Israel’s relations with the U.S. should be the prime goal of Prime Minister Netanyahu’s next government, because only the U.S. will be able to quash economic boycotts against the Jewish State.

Lieberman questioned the sincerity of the EU, which, while thousands are being slaughtered in Syria, Iraq and Yemen, makes no mention of those crimes against humanity, but find ample times to attack Israeli commerce.

Netanyahu is meeting on Friday with his two most loyal coalition partners, Lieberman and Jewish Home chairman Naftali Bennett. Both have expressed some apprehension at the manner with which the PM has been treating them in the coalition talks, as compared with other potential partners, i.e. the Haredi parties. 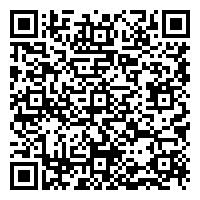