“Hamas in Gaza has 26,000 soldiers and another 40,000 clerks who receive their salary from the Hamas. It is currently building up an attack force to try to move the fighting into Israeli territory in the next round, but it is also working to restrain various entities within the [Gaza] Strip, mainly due to the change in the Israeli response policy after every incident, which has become dramatically harsher,” Defense Minister Avigdor Liberman (Yisrael Beiteinu) on Monday told the Knesset Foreign Affairs and Defense Committee chaired by MK Avi Dichter.

The defense minister said Israel will invest close to $1 billion over the next few years on defending the Gaza-vicinity communities.


Liberman noted the financial distress of Hamas, due to the reduced flow of funds from abroad and the economic and civic distress in across the Gaza strip. He said that today only 1% of the civic budget in Gaza comes from Hamas, while another 4% comes from the PA. 95% of the Gaza budget is donated by the international community.

There is tension, Liberman said, between the desire to allow Gaza citizens better living conditions, and the awareness that Hamas uses it to gain strength, as was the case when the Knesset approved the entry of construction materials into Gaza.

The defense minister also said that Hamas is not interested in solving the crisis in Gaza, looking instead to force the international community to get involved. So, for instance, it avoids connecting the Israeli power supply of a decontamination facility that was funded with $100 million from the World Bank.

Liberman noted that more than 90% of the water in Gaza is not suitable for drinking, and water desalination by international organizations will take at least two years to deliver. The crisis will arrive before then, he warned, and Israel will consolidate the plans to deal with it in the next few months.

Liberman also said that people within the Palestinian Authority are preoccupied with the day after Abu Mazen (nom de guerre of PA Chairman Mahmoud Abbas). Liberman noted that Abu Mazen himself is occupied mainly with leaving behind a diplomatic legacy, including a number of diplomatic initiatives planned for 2017, and is not working to improve the economic situation in the PA.

“Improving the economic conditions of the Palestinians is a security interest of Israel, and when it is clear that it would not be possible to reach agreements on diplomatic issues such as Jerusalem, it is still possible to work to improve living and economic conditions,” Liberman said, noting that the PA has instructed its representatives to not speak of these things, but to address diplomatic issues only. 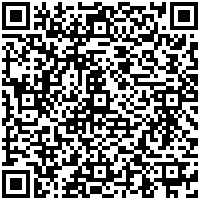