There are times when youths do not listen to their elders, and it is to their detriment and that of the family.

When such behavior occurs on a national level, the difficulty faced by those who must pay the price for their actions can be even more complex.


Likud party officials – and by default, Likud party chairman and Prime Minister Binyamin Netanyahu himself – faced such a situation on Thursday.

That is when some 20 members of the Likud Youth Organization, together with recently elected leader David Shayan, ignored a request from the prime minister’s office to cancel their plans, and instead ascended the Temple Mount.

This, on the fifth day of a week in which at least 14 police officers have been injured in Arab attacks and rioting on the Temple Mount and elsewhere around Jerusalem.

The group believes it was “strengthening [Israel’s] sovereignty at our holiest site,” one of the group’s leaders, Dor Harlap, told The Jerusalem Post.

“We didn’t come to cause provocations or make a mess. We are activists who were elected to the leadership of Likud Youth, and we came to show our presence… We made a similar visit during last year’s riots,” he said. “We knew we’d be back.”

The group prayed silently, he said. Half were observant, and those had immersed in a mikveh prior to their ascent. They also held selichot prayers at the Western Wall.

The intent of the group was to follow in the footsteps of former Likud leader, the late prime minister Ariel Sharon. It was Sharon’s visit to the site in the year 2000 that was blamed for igniting the pre-planned riots that launched the second intifada, organized by then-PLO leader Yasser Arafat.

Likud party officials and Netanyahu advisers had warned the LYO members that it was not responsible to visit the site at this time, and that such an act would cause more harm than good.

In response, the youths effectively issued the prime minister an ultimatum: do more to protect Israeli sovereignty at the site, or the visit would proceed.

Once the group arrived on the mount, the youths were surrounded by 20 officials from the Islamic Waqf, despite some screaming female Muslims who were held at a distance. 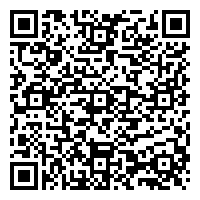