It is believed that adding fluoride to water helps strengthen the teeth of children as they develop and grow.

The decision is another reversal of the policies made by the previous health minister, MK Yael German. Despite the advice of public health and dental experts – and against the requests of numerous mayors and heads of local authorities – MK German removed the supplement from potable water soon after she entered office two years ago.

The issue has long been a controversy in the United States as well, where fluoride was added to the nation’s potable water many years ago as well. Parents and others who oppose the addition of any form of supplement to food or water in the U.S. also rallied against fluoride as well.

Fluoride is a naturally occurring mineral that protects teeth from decay. In the U.S., the Environmental Protection Agency regulates the levels of fluoride in drinking water. The agency notes the mineral “may cause health problems if present in public or private water supplies in amounts greater than the drinking water standards” set by the agency.

The maximum contaminant level goals (MCLG) set for fluoride in the U.S. is 4.0 mg/L, or 4.0 ppm. The secondary standard (SMCL) for fluoride is at 2.0 mg?l or 2.0 ppm – the non-enforceable guideline regulating contaminants that may cause cosmetic effects, such as skin or tooth discoloration, or aesthetic effects such as taste, odor or color in the drinking water. Such a level might be found in areas where high levels of of naturally occurring fluoride are found. 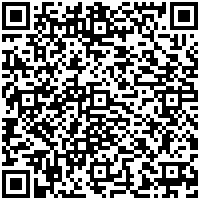