MK Tzipi Livni, Israel’s newest Justice Minister, stressed on Saturday that she would not support the basic law bill “Israel is the national state of the Jewish people,” whose promotion is part of the new coalition agreements with the Jewish Home party.

In the absence of a constitution, The Basic Laws of Israel (Chukei Hayesod) deal with the formation and role of the principal state’s institutions, and the relations between the state’s authorities.


Some of the basic laws also protect civil rights.

These laws were originally intended as draft chapters of a future Israeli constitution, but since over the past 65 years the Knesset has yet to come up with a final, all-encompassing constitution, these laws are being used by the courts as a de facto constitution.

As of today, the Basic Laws do not cover all constitutional issues, and there is no deadline set to the completion of the process of merging them into one comprehensive constitution. There is no clear rule determining the precedence of Basic Rules over regular legislation, and in many cases this issue is left to the interpretation of the judicial system.

The new bill, endorsed so far by at least 40 MKs, many of them Likud members, opens with a paraphrasing of the original Israeli Declaration of Independence:

The State of Israel is the national home of the Jewish nation, where it fulfills its desire for self-determination according to its cultural and historical heritage.

The right for the realization of national self-determination in the State of Israel belongs exclusively to the Jewish nation.

The provisions of this Basic Law or any other legislation will hence be interpreted in light of what is prescribed in this section.

The rest of the proposal includes references to Israel’s democratic system of government, its official language (only one – Hebrew), the law of return, the national calendar, Jewish law as the final arbiter of judicial conflicts, and the preservation of the holy sites.

In short, there’s much in there to upset a lefty. Indeed, a think tank named The Israeli Institute for Democracy, has been warning against it for several years, saying it would disrupt the delicate balance between Israel’s being a Jewish state and a democracy.

Justice Minister Livni told interviewer Nadav Peri: “I’m against the law and will act to make sure it doesn’t pass.”

Livni added that she is also about to serve as chair of the ministerial legislative committee, which sends up government laws for Knesset approval, a new role she took up especially in order “to prevent legislation that would harm the Democrats values of the State of Israel.” 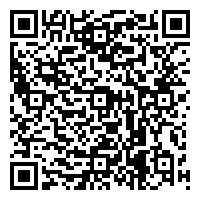