As Minister Tzipi Livni et al are ending their second week of negotiations over how many Jews to expel from Judea and Samaria in order to receive from the Arabs recognition of our right to exist, new figures have emerged that might explain the sudden urge of Livni and the Israeli left to finish this thing quickly, set it in motion and be done with it.

It turns out the “demographic bomb” everyone, from President Obama to the lowliest lackey at J-Street, have been warning Israel about, does not exist. Or rather, there used to be a bomb, but events and the economy and whatnot have turned it into a pitiful firecracker.

Not only are there more Jews than Arabs in the entire territory between the Jordan River and the sea, but the Jewish numbers are becoming even greater, while the Arab numbers are in the dumps.

Dr. Guy Bechor recently published an explanation of a demographic study by Jacob Feitelson, using data from Israel’s Central Bureau of Statistics. The report compares Jewish to Arab birthrates in Judea and Samaria, as well as Israeli vs. Palestinian Authority demographics as a whole.

The article was written in response to Israel’s Minister of Justice Tzipi Livni’s distress at what she believes is the demographic threat to the Jewish state, and why Israel must rush to disengage from Judea and Samaria to maintain a Jewish majority.

The report shows that the demographic predictions that Livni has been basing her decisions on is incorrect.

The original report can be read here.

1. Arabs across the Middle East and especially in Judea and Samaria are experiencing a collapse of their birthrate, from an average of 8 children per mother down to fewer than 3. The reasons are the rise in education and in income, and urbanization (smaller apartments, fewer children).

2. The most significant finding in the data are settler related births.

Unlike Arab and even Haredi birth levels—which are going down, too, settler birth levels are not dropping off, but, instead, rising.

In 1997, Arab births in Judea and Samaria were at 4.76 children per mother compared to the settler’s 4.69. But by 2011 that number changed significantly, with 5.07 births per Jewish settler mother versus only 3.06 per Arab mother. The difference between the two became even larger in 2012.

Within pre-1967 Israel, Jewish birth-rates are currently around 3 children per mother, but the fashionable thing is increasingly to have 4 children per family.

Altogether, out of 8.15 million residents in all of Israel, 6 million are Jews, 6.5 if you count family members who are not themselves Jewish. According to Bechor, at the current birth rate of 1 million every 7 years, Israel will hit 2 digits in 15 years, with the vast majority being Jewish.

3. The report pointed out another common error of previous demographic studies: overlooking the effects of the Oslo Accords on Arab demographics.

The Oslo Accords introduced 40,000 foreign PLO Arabs into Yesha (Judea, Samaria and Gaza) from overseas, and Israel granted “family unification” to another 140,000 Arabs who became Israeli citizens. This added a significant, but temporary increase to the Arab demographic data.

In addition, in 2003 Israel introduced a massive cut in child subsidies (it just did it again this week), ending a situation in which having children was, to some Arab families, a very real source of income. The fact that the Arab birthrate plummeted following the cut suggests the policy, though unkind, achieved the intended results.

4. Another important factor is immigration and emigration.

Another figure not commonly discussed regarding Israeli emigration is that 15% of the emigrants are Israeli Arabs. 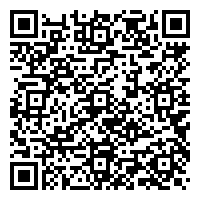