If rockets are fired into Israel but no one in the U.S. State Department press corps mentions it, did it really happen?

Well, we do know that four katyusha rockets were fired from southern Lebanon into Israel on Thursday afternoon, August 22, and that some of them crossed into Israeli territory.

We also know that one of those rockets was intercepted by Israel’s Iron Dome defense system, that another landed in a kibbutz, and that another landed somewhere in the Western Galilee.  Although some damage was caused, no one was injured from the attacks.

Warning sirens were heard throughout the north of Israel, and the airspace over northern Israel was closed for a time following the rocket attacks.

Lieutenant Colonel Peter Lerner, an Israel Defense Forces spokesperson, said in a statement: “This reinforces the threat faced by the civilians of Israel on all fronts. Such act of aggression is a clear attempt to target and terrorize the civilian communities of northern Israel, a situation that would not be tolerated anywhere else in the world. The IDF will continue to operate against those who seek to harm the civilians of this country.”

But during the course of the 45 minute daily press briefing given Thursday by U.S. State Department spokesperson Jen Psaki, no one in the press corps thought the firing of four rockets towards Israel from Lebanon, a front in the region that has, so far, been relatively quiet during Syria’s explosion and Egypt’s implosion, was worth even a question.

That is not to say that the issue of Israel was not brought up.  No, several questions about Israel were asked during Thursday’s briefing.  It’s just that the only issue of concern was the “peace talks.”

Said Arikat, the Washington Bureau Chief of Al Quds newspaper, asked Psaki whether there were any updates on the talks.  Psaki merely referenced her comments from the prior day’s briefing.   Arikat’s was the second to last issue brought up during the briefing.

Shortly before this article was published, it was learned that the Israeli Air Force struck the location in Lebanon from which the rockets had been shot.  The strike was successful and all pilots returned to Israel without incident, according to a statement from the IDF spokesperson. It will be interesting to see if what will surely be labeled “Israeli aggression” is discussed at tomorrow’s briefing.

Arikat tweeted his response to the IAF retaliatory strike: “Israel does what it does best: bomb the hell out of Lebanon yr after yr redundantly & with impunity,” linking to a story about the strike.

THIS ARTICLE WAS UPDATED TO CHANGE THE WORD MISSILE TO ROCKET WHEN MISSILE WAS MISTAKENLY USED IN THE THIRD PARAGRAPH. 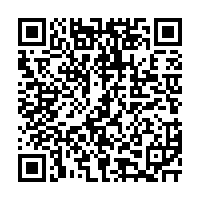