Loyola University Chicago suspended and subsequently reinstated its chapter of Students for Justice in Palestine following an anti-Israel protest this month by the SJP chapter that blocked an event promoting Birthright Israel.

The university informed the chapter on Sept. 19 that it was “temporarily prevented from hosting any on-campus activities or events until their leadership meets with University representatives and the group complies with stated policies and procedures that apply to all student organizations,” according to a statement released by Loyola.


After meetings with university officials on Sept. 25 and 26, the group was allowed to resume its activities.

The one-week suspension was enough time for the university to win accolades for the suspension of SJP. The Louis D. Brandeis Center for Human Rights Under Law (LDB) commended Loyola for instructing SJP to temporarily stop hosting any on-campus activities or events.

It remains to be seen if SJP now will function without violating the rights of others.

The temporary sanctions on SJP came shortly after a member of the group and of the student senate, Israa Elhalawany, was censured by the judicial board of the student government on Sept. 16 for “several Facebook posts over the summer in response to the attacks on Gaza” that included “profanity or expletives.” The board noted that the censure was for the manner of the posts, not the content.

In March, Loyola’s United Student Government Association took two votes on divestment resolutions. The measure at first passed unanimously. In a subsequent vote, it passed narrowly before being vetoed by the student president.

The university’s president dismissed the resolutions as irrelevant. 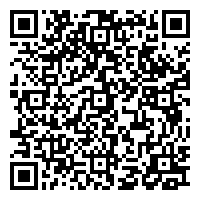