The Israel Defense Forces completed a major military exercise this past week as preparations continue for the eventual challenge of facing down attacks launched from the Sinai Peninsula by the Islamic State terrorist organization ISIS/Da’esh/Sinai Province.)

The drill carried out in southern Israel simulated various scenarios, among them infiltration by terrorists through the southern border with Egypt, Times of Israel reported. ISIS has intensified its efforts to carry out a “high quality” attack against an Israeli target.

Soldiers from the IDF Sagi Regional Brigade and its mixed-gender Caracal Battalion, which guards the border, faced “ISIS terrorists” infiltrating into Israel with vehicles and on foot. The troops were also challenged with defending Israeli communities from rocket attacks launched by the terrorists. 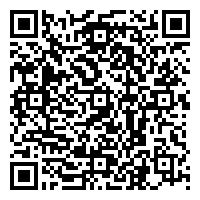