Al Qaeda has developed a new bomb, built to blow up passenger planes, which cannot be detected at airport security checkpoints by trained dogs or bomb detection machines, according to John Pistole, chief of the Transportation Security Administration (TSA).

Pistole, who spoke at the Aspen Security Forum, said the CIA and other Western intelligence agencies acquired the device after a CIA agent infiltrated an al Qaeda cell in Yemen and disrupted a plot to place the device on a U.S.-bound passenger plane. The explosion was to take place on the first anniversary of the killing of Osama bin Laden.


According to the LA Times, Pistole said the presumed designer of the new bomb, legendary Saudi bomb maker Ibrahim Hassan Asiri, has been training other Al Qaeda operatives in Yemen, which means that killing him—a high priority for Western powers—will not necessarily remove the threat of this and other devices coming out of Al Qaeda.

Nicknamed “Al Qaeda’s most diabolical bomb maker,” Asiri, 31, has targeted the U.S. at least four times. He was the mastermind behind the explosive device hidden in men’s underwear, with which the Qaeda in the Arabian Peninsula (AQAP) almost succeeded in blowing up a passenger jet over Detroit on Christmas Day 2009.

According to ABC News, a “new and improved” version of the underwear bomb was obtained by spy agencies last year.

The sophisticated “Underwear Bomb II,” which a double-agent stole from AQAP in 2012 after the group dispatched him as a suicide bomber aboard an aircraft. ABC News obtained a Department of Homeland Security illustration of the newer bomb (See below).

Pistole called the U.S. ally-led operation an “intelligence coup,” because it enabled western counter-terrorism services to thwart a serious threat from a bomb almost impossible to detect by magnetometers and advanced imaging machines at airports.

“He encased this explosive in caulk—kitchen caulk,” Pistole explained, to hide the scent of he explosives and “evade bomb sniffing dogs.” 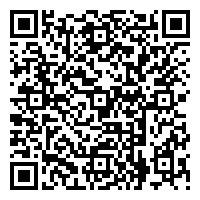