Memories in the Living Room is a relatively new way in which many Israelis participate in commemorating the holocaust on the official memorial day, in an innovative, meaningful and respectful way which is also very real.

The idea was born three years ago, when Adi Altschuler, 27, realized that it was Holocaust Memorial Day only after listening to a traditional memorial song on the radio, and understood she hadn’t had a clue that Yom Hashoah was starting that evening.


The next day, while watching a conventional memorial ceremony, she understood that there was a need for different ways for young adults to find their place in the day’s commemoration.

The following year, she organized the first Zikaron Basalon (Memories in the Living Room) event held in her house. The success of this first meeting inspired several of the participants to design a format which would enable them to spread the idea, and easily hold an evening in several homes at the same time.

Last year, Zikaron Basalon was held in dozens of homes, and in 2013 it expanded even beyond Israel’s borders.

A typical evening would consist of a conversation with a holocaust survivor, followed by an artistic interlude (reading, singing, watching a short video), and then an open, intimate group discussion.

Nadav Ambon, one of the original organizers, told The Jewish Press that last night, his event included a talk by one of the twin siblings which the Nazi Josef Mengele experimented on in Auschwitz. The talk was followed by a few songs with a guitar and then a very lively discussion of the phenomenon of “Holocaust Humor,” including the question of whether or not no-Jewish comedians, such as Ricky Gervais, should be allowed to do Holocaust jokes – as opposed to Seinfeld, who is part of “the tribe.”

According to the organizers, the number of invited guests should be large enough to allow a diverse and fertile discussion, but not too big so the desired intimacy would not be lost. We recommend inviting friends from various social groups to initiate a diverse conversation.

The Memories in the Living Room folks invite people to gather with their friends in a familiar atmosphere, to participate in a conversation with a holocaust witness, and to find connections between memories from that dark period to our communal and personal lives.

They also invite individuals to host or join a Memories in the Living Room event next holocaust memorial day. Check out their website. 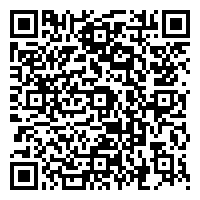