Following the murder of Jews in Toulouse, France, Chairman of the National Union MK  Yaakov Katz (Ketzale) expressed his condolences to the families of the dead and called on all French Jews to “immigrate to Israel and strengthen the nation the dwells in Zion.”

“We live in the epoch of the ingathering of the exiles,” MK Katz said. “Here in the land of Israel, the nation of Israel is recovering its national health, and here all its strengths are finding their expression as befits a nation returning to its promised land.”

He added: “We do not put our trust in Sarkozy and Obama, or any other world leader – since 2000 years of exile have proved to us that they are useless as our protectors, and would only bring on our destruction and.”

The MK, a wounded veteran of the Yom Kippur War and founder, 24 years ago, of the Arutz 7 pirate radio station on the high seas, urged French Jews and their leaders to do everything in their power to return to Israel.

“Diaspora Jews have no future,” he reiterated. “The future of Judaism is in the land of Israel. Here the Jewish people are establishing their kingdom heroically, as an example for the world.” 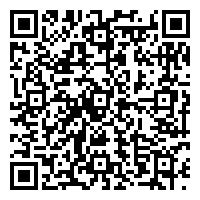