The original article has been removed and will be updated on Sunday, along with important clarifications requested by MK Michael Oren regarding parts of the interview.


The spokesman for the Beersheba municipality has apologized for misquoting Mk Michael Oren, clarifying that Oren did not say that Obama introduced “radical Muslim values into the White House.”

MK Oren wants to make absolutely clear that he was not attacking President Obama in any way during the discussion, and he was presenting a “controlled and responsible analysis.”

Oren adds that he “praises the close security cooperation between Israel and the US under President Obama.”

Oren did say, “It’s the president’s right to bring into the White House a different worldview that’s unlike his predecessors’” and “It is our responsibility to recognize this fact and to act accordingly.”

During the discussion, Oren mentioned Obama’s childhood as well as influences in college as helping shape the President’s worldview. 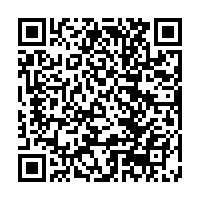