The JewishPress.com previously reported here last month that Russia and Israel have maintained highly secret weekly talks for cooperation that allow both countries air forces to take actions without interference from the other side.

The coordination is aimed at preventing an incident such as Turkey’s downing a Russian jet earlier jet last week, an incident that has severely damaged relations between the two countries.

Russian pilots sometimes cross into Israeli air space. Thanks to excellent security coordination, which began with the meeting between Netanyahu and Putin, limits were drawn up.

The IDF and the Russia army agreed on security priorities. If there is an incident of infiltration, we know what to do and how to prevent incidents what would cause indecision.

Freedom of action is preserved for the Air Force to prevent Iranian weapons from getting into the hands of Hezbollah.

As for the Turkish downing of the Russian jet, Gilad said that President Recep Erdoğan “has every reason to be sorry” for the action.

Gilad also said that Syria is a “dead country” and that President Bashar al-Assad “collects his salary but does not control the country except for perhaps one-quarter of Syria. 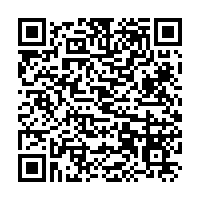