After much political backroom dealing, a highly controversial conversion bill was enacted by a Cabinet decision, instead of becoming law through Knesset vote.

MK Elazar Stern (Hatnuah) had proposed a bill to the Knesset that would completely change how conversions were processed in Israel. Among the changes were the kind of religious court that could approve of conversions and the religious denominations of the conversion rabbis.


Haredi parties, and a large faction of Habayit Hayehudi strongly opposed the bill.

Both Chief Rabbis had already instructed the Prime Minister’s office that they would not recognize converts under the bill as Jewish. Ashkenazi Chief Rabbi David Lau had also warned that foreign religious courts may no longer recognize Israeli conversions, if the bill was passed.

In what is seen as a political move, Prime Minister Netanyahu had a revised bill brought for a Cabinet approval, avoiding a vote in the Knesset on the full extended bill. Should the Knesset bill have passed, it would have threatened the current governing coalition – coalition members Hatnuah and Yesh Atid backed the bill, while Netanyahu’s Likud party, and coalition member Habayit Hayehudi, vehemently opposed it.

The revised proposal is seen as a compromise, and will leave the coalition intact.

While a Cabinet decision allows the reform to go into effect immediately, it would also be easier to cancel in the future should a need arise.

The revisions include a requirement for the Chief Rabbi’s approval for a municipal rabbi’s conversion (missing in Stern’s bill), and no recognition for Reform and Conservative conversions (which were possible in Stern’s bill).

The basic platform of the bill, allowing municipal rabbis to convene conversion courts, remains in the Cabinet proposal.

The proposal seeks to make conversion an easier process – until now, all conversions had to be brought to the central Rabbanut conversion court. There have been complaints about the process, while others have raised questions about the potential validity of conversions performed by rabbis separately. The issue is a hot button topic in Israeli politics, as there are currently an estimated 330,000 Israelis who are not considered Jewish according to religious law. 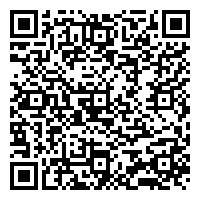