Avigdor Liberman’s Yisrael Beteinu party has proposed a bill that will actually have a positive effect on the Real Estate market in Israel, targeting young couples who are potential first-time home buyers.

The proposal would permit young couples purchasing their first apartment, whether from a contractor or on the second hand market, to be able to get a 90% mortgage from the bank.


Currently, new buyers need to put up at least 25%-30% of the capital, which puts buying a home out of reach of many people, especially those from lower socio-economic levels, who don’t have parents who can put up that money for them.

This bill, initiated by MK Orly Levy-Abekasis, the daughter of former Israeli minister David Levy, would make buying a first home within reach of the younger, working class market.

“Until now young couples couldn’t get mortgages without having family members help them, or taking out expensive loans elsewhere if the family couldn’t help. We’re talking about people with respectable salaries, but who couldn’t save up the 30% capital required.

These people will never be able to buy an apartment in Israel.

With this bill, the state will provide guarantees to the banks for the amount above 70%. This bill will help young people in both the center and periphery of the county.”

The bill is a responsible one, requiring both partners to have jobs and can show they can afford the mortgage they’re applying for.

The bill is being sent to the Ministerial Committee for Legislation on Sunday.

The law would be a major step forward in promoting home ownership in Israel.

Rents in Israel can be just as high as mortgage payments, and most renters in Israel have substandard protection under the law.

It is not uncommon for renters to be told to move out after a few years of renting, so the owner’s children can move in instead.

Of course, if the government wanted to really lower apartment prices there are other steps it can take.

The most obvious is building more homes in the settlements, as there is a lot of room for growth in existing settlements and new settlements, where housing prices are already cheaper. Many settlement are well within commuting range of Israel’s major business centers. 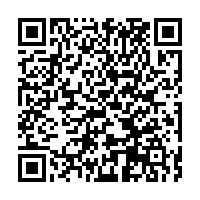