Opposition leader Shaul Mofaz (Kadima) petitioned Attorney General Yehuda Weinstein yesterday asking him to intervene immediately regarding Prime Minister Benjamin Netanyahu’s intention to adopt parts of Justice Edmond Levy’s report which recommend the legalization most outposts in Judea and Samaria and applying Israeli law there, in place of the current martial law, even before the upcoming Knesset elections, Walla reports.

“The prime minister’s hasty act of getting the report approved and adopting its recommendations by the government so close before the elections does not meet the criteria of a vital public need for action,” Mofaz argued. “Therefore, we should refrain from any decision at this time.”


The opposition leader asked Weinstein to instruct Netanyahu not to make any decision on this matter and to “allow Israel’s citizens to decide about it at the poll.”

The Edmond Levy report, published last June at the prime minister’s request, was intended to provide a legal framework for changing government policy on Jewish construction in Judea and Samaria. The report found that the legal status of Judea and Samaria is not that of “occupied territory,” and therefore most of the outposts in these areas are legal.

Mofaz warned the Attorney General that the present Israeli government is actually only a transitional government, and therefore is limited in the scope of the legislation in which it may engage. Mofaz further pointed out that the proposed action “could obligate the next elected government, based on the principle of continuance of rule, and thereby cause irreversible damage.”

The decision is expected to receive the support of most of the government ministers, who have been pressuring Netanyahu to fully adopt the report. On Wednesday, Foreign Minister Avigdor Liberman said that “the conclusions of the Levy report should be fully adopted.”

Liberman argued that adopting the report “will solve a lot of problems, both on the national and international fronts.” According to Liberman, the committee’s ruling that Jewish settlements do not constitute a violation of international law, are “proper and important and their adoption by the government will contribute significantly to strengthening the State of Israel.”

Both Atzmaut Party ministers expressed their opposition to adopting the report. On Wednesday, Defense Minister Ehud Brak warned that the report “will have a reverse effect of what its supporters are anticipating. Adopting the report will not strengthen the settlements in Judea and Samaria, but will cause Israel political harm and further isolate the country on the international front. Thereby, this step should be avoided.”

Opposition parties sharply attacked Netanyahu and accused him of electioneering.

Labor Party Chair Shelly Yachimovich accused Netanyahu of attempting to sidetrack the election campaign from economic and social issues to “a bogus debate between the right and the left which no longer exists.” According to Yachimovich, “adopting the report will benefit neither the Judea and Samaria residents, nor Israel’s security or international position and surely not Israeli citizens that are collapsing under the burden of Netanyahu’s anti-social and destructive policies.”

Meretz Chair Zahava Gal-On warned of sanctions that would be levied against Israel and stated that Netanyahu “is continuing to serve the interests of the extreme right and the settlers. He wants to create an apartheid state here, to ‘declare as kosher’ the varmint of the illegal outposts, to annex territory without the people who are living there.” 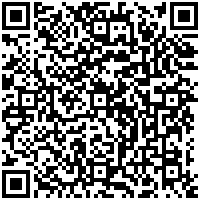