According to the joint statement, Montefiore will assume greater responsibility for the day-to-day operations, financial management and significant aspects of the governance of Einstein, while YU will continue to be the degree-granting institution with “a key role in the educational aspects of the entity.”


“This agreement marks an important milestone for the future of each of our institutions as well as for healthcare as a whole, ” said Steven M. Sayfer, M.D., president and CEO of Montefiore.

“We look forward to further strengthening Einstein as a major research institution that spans the scope from bench science to healthcare delivery transformation,” Sayfer added.

“We are delighted to emphasize our shared commitment to assuring the continuity and growth of the educational and research functions of Einstein while remaining a leader in medical education. At the same time, we are taking a powerful and important step towards building a financially sustainable Yeshiva University.”

The announcement explained that “it is anticipated that there will be one unified faculty, retaining academic appointments from YU, while being employed by Montefiore, as they continue to teach and mentor Einstein’s students and Montefiore residents.”

Einstein has been plagued by serious financial difficulties, largely believed to be the fallout from the Bernie Madoff scandal. Madoff was a trustee of Yeshiva University who lost millions of dollars of his clients’ investments, of which Einstein was hit particularly hard. According to Bloomberg News, the medical school operated at a deficit of nearly $106 million in 2012.

There are reports of widespread faculty pay freezes and severance offers. Layoffs are expected to begin over the next month. 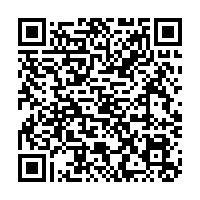