A confidential document has allegedly been distributed amongst the 28-member European Union states outlining various ways to punish Israel if the Jewish State dares to continue taking steps that might make more difficult the EU’s desired two-state resolution of the Arab-Israel conflict.

The document was not released to Israel or its official representatives, but threats about it have been screamed from the rooftops and headlines.

Whether the document actually exists or not, those threats have already been made loud and clear in many prior “leaked” documents or descriptions of plans.

It should come as no shock to anyone that the threats spawned by the failed ‘peace process’ are all directed at Israel. Neither the Hamas terrorist organization or the Palestinian Authority, the leader of which has been calling for a Third Intifada, have so much as had a tiny European pinky waved at it. Only Israel is threatened.

The mouthpiece of the EU in Israel, Haaretz, dutifully reported the clandestine move to slap Israel.

“The peace process is in deep freeze, but the situation on the ground is not. There is big frustration in Europe and zero tolerance for settlement activity. This paper is part of the internal brainstorming being done in Brussels these days, about what can be done to keep the two-state solution alive,” a European diplomat familiar with the details of the discussion around the document said.

What are the “red lines” Israel could cross that might trigger the threatened action?

No surprises, really. Should Israel dare to build homes for more Jews in certain areas of Jerusalem, such as in the E1 area between Ma’aleh Adumim and Jerusalem; in the Givat Hamatos neighborhood or in Har Homa, south of Jerusalem, the evil vapors will ignite the EU members and force them to stick it (once again) to Israel.

And what is the reason such Israeli actions would ignite such EU ire?

Why, because any such building might “make it impossible for Jerusalem to be the capital of both” states, Israel and the future hypothetical state of Palestine. Also, it would threaten the contiguity of any future Palestinian state.

Apparently the contiguity of the Jewish state, including the areas that most rational people think will be part of Israel after the Mashiach comes and we have peace with the Arabs, is not as important to the EUniks.

In other words, this is just yet another permutation of the hysteria induced in the EU should Israel ignore the EU’s imposed Apartheid line (also known as the “Green Line,” or, most accurately, the 1949 Armistice Line) beyond which no Jews should live.

Now, what are the fearsome weapons with which the EU is threatening Israel?

The EU already has a policy in place that conditions any upgrading or development of ties to Israel on any actions the Jewish state might take to improve or advance the peace process and the “two-state solution.” In other words, good things will come your way if you agree to commit suicide.

But given how naughty Israel has been – why, the Jewish state is still in one piece and fully-functional! – now the EU is forced to impose sanctions and restrict its ties with Israel if any steps are taken that could make the holy grail of a Palestinian State impossible.

Sanctions allegedly mentioned in the allegedly secret document are also not really new. Marking products manufactured by Israel beyond the Apartheid Line (perhaps the warning labels will read: JEWS MADE THIS IN VERBOTEN AREAS!); cooperation with Israel may be limited in “various” areas; and there may even be restrictions on the free-trade agreement with Israel.

The same old threats for the same old failure to die an early and irreversible death.

A Culture of Chesed 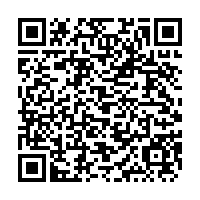