Can you imagine if some Jewish reporter for, say, JewishPress.com, repeatedly prodded the State Department spokesperson to provide additional funding to Israel during the daily State Department Press Briefings?


So what is the deal with Said Arikat?

Why does no one raise an eyebrow when when, month after month, Arikat acts as a lobbyist for the Palestinian Authority instead of a professional journalist? Why is Arikat permitted to whine over the reduction in funding to the PA, and to beg the State Department to intervene?

It happened yet again at the Daily Briefing on Friday, April 17.

This is how the exchange went between the acting State Department Spokesperson, Marie Harf, and Said Arikat (with emphasis added):

ARIKAT: Can I ask you a quick question on the Palestinian issue?

MS HARF: You can.

ARIKAT: Okay. There was a meeting today between the European and American consul generals with the Palestinian prime minister to discuss the financial situation. The Israelis are holding 1.7 billion shekels, or $500 million. But they’re saying that the American consul general suggested that there may be a resolution in the next 24 hours. Are you aware of anything like this?

MS HARF: I’m not going to get into our private conversations. We want there to be a resolution as soon as possible, Said.

ARIKAT: In the event that the funds are not released and they continue to be frozen and more funds are frozen, is there any sort of – like the old days, when you guys used to have a waiver with the government —

ARIKAT: — when the President had a waiver of some sort to infuse some funds into the PA and save it from collapse as has happened in the past. Is there anything of the sort this time around?

MS HARF: I haven’t heard anything, Said. We think this just needs to be resolved.

Try to imagine what would happen if someone who was perceived as pro-Israel acted the way Arikat consistently does.

But no one ever calls Arikat on his gross non-professionalism. It is not only grossly unfair because it creates an unbalanced theater in which truth is expected to prevail.

It is also unfair because failing to demand professional behavior from Arikat is a shining example of the soft bigotry of low expectations – something that takes place on a regular basis in the U.S. State Department Daily Press Briefings.

The Jewish Right to Rage 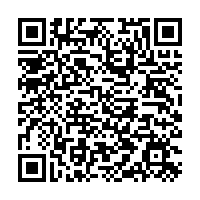