The Mossad has learned that eight of 11 Iranian Jews who tried to immigrate to flee the Islamic regime and move to Israel in the 1990s were murdered, the Office of Prime Minister Binyamin Netanyahu stated Thursday.

The families of the missing Iranians have been informed following an investigation into their cases that was ordered by Prime Minister Netanyahu. The fate of the remaining three remains unknown, and the probe is continuing.


David Meidan, who served as the Prime Minister’s representative in the efforts to free kidnapped IDF soldier Gilad Shalit, took command of the investigation of the missing Iranians,

“This is an issue that occupied the intelligence agencies for over twenty years , and we can say that today the mystery comes to an end,” Meidan said.

“First and foremost this was an intelligence feat,” he added. “That it [Israeli intelligence] has managed to obtain a reliable source in that part of the world is no simple task. [The source] provided reliable information and submitted pictures relating to the fate of eight of 11 missing persons . The families were informed that the ordeal has come to an end .”

The 11 Iranian Jews left in four separate groups in 1994 and 1997, but eight of them disappeared. 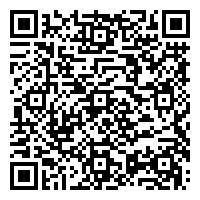