Mike Harari, a legendary officer Mossad agent, passed away on Sunday in his Tel Aviv home, at age 87.

While the activities of Mossad agents are secret, Harari is known for his involvement in Operation Thunderbolt, the 1976 operation that rescued Israeli hostages from the Entebbe International Airport.


Harari visited the airport in secret to reconnoiter it before the IDF forces got there. He also arranged for the refueling at Kenyan air bases for the trip back to Israel.

But Harari is most famous for leading Golda Meir’s Mossad task force to kill all the Munich terrorists.

Harari’s secret career began before the state was born, helping facilitate Jewish immigration into the Land of Israel.

Last week, on September 15, Yitzchak Hofi, a former head of the Mossad who also worked with Harari, died at age 87.

The end of an era. 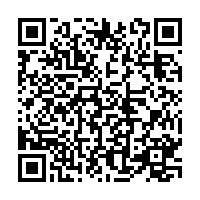