Released for publication: Israel’s security establishment has foiled a terror attack that was set to take place on Rosh Hashana.

Seven Hamas terrorists were arrested late Sunday night (Sept. 21) by IDF soldiers from the Duchifat battalion. The fugitives are suspected of plotting to carry out a terror attack in Gush Etzion during the Jewish new year holiday.


According to a report posted on the Hebrew-language 0404 website, IDF soldiers made the arrests in the Palestinian Authority Arab town of Kfar Sair, northeast of Hebron. During a search of the houses the soldiers also uncovered a large cache of ammunition and knives.

All seven suspects were turned over to the Shin Bet for interrogation.

A total of 16 fugitives were arrested overnight in Judea and Samaria for terrorist activity, rioting and disturbing the peace, according to an IDF spokesperson. All were transferred to security personnel for further questioning.

In other security-related news, Palestinian Authority Arabs clashed with IDF soldiers during riots earlier Sunday night in the PA-controlled city of Bethlehem. 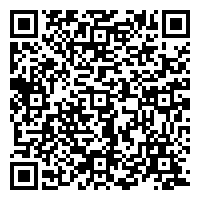