Shas’s spiritual leader Rabbi Ovadia Yosef said that his appointment of MK Aryeh Deri as the party’s new chairman is tantamount to “returning of a deposit to its lawful owner,” and was not intended as a move to humiliate MK Eli Yishai.

Yishai served as party boss during Deri’s three years in prison for accepting $155 thousand in bribes. In late 2012, Rav Ovadia created a triumvirat at the head of the party, with Yishai, Deri and Housing Minister Ariel Atias. Late last week, a Shas spokesman announced that Deri has been returned to his original, pre-prison post.


During his weekly Saturday night class, Rav Ovadia remarked that after Deri had been sentenced to prison, he, Rav Ovadia, promised to keep for him the party chairmanship as a deposit, until he returned to political life.

Rav Ovadia added: “If you judge us positively [over this decision] so will God judge you positively.”

He also insisted that the new appointments did not reflect badly on Eli Yishai, whom he said had served him loyally.

Rav Ovadia’s decision has been slammed by many, including Rabbi Amnon Bezek, a dean at Har Etzion Yeshiva, who noted that “this Haredi-Orthodox party, is doing what no other political party in the country would have dared to do: give the leadership post to a man convicted of serious bribery crimes, in place of a man who had served the party faithfully for years and with flawless morales. This decision is blasphemous, and also conveys the message that money and bribery offenses are not serious enough in Jewish law to disqualify a person from serving in such an important public position.”

During the most recent elections, serving as one of Shas’s three leaders but actually running the party’s campaign, Aryeh Deri “released the racial demon out of the bottle,” as the Israeli saying goes. He slammed Liberman’s party directly, alluding that it was pushing easy conversion for Russians of a dubious Jewish association. He also refused a call for an alliance with Naftali Bennett’s Habayit Hayehudi, saying it was a known thing that Prime Minister Netanyahu was not going to let Bennet et al into his coalition government.

Later, when the Bennett-Lapid axis led to a government without Haredim, and Shas found itself in the opposition, Deri became a furious left-winger, declaring he had more in common with the Arabs of the country than with the middle class-based coalition.

Deri has been held responsible for Shas’s inability to rise beyond the 11 seats it had held in the 18th Knesset, but that, apparently, is not much of a concern for Rav Ovadia.

What should be a concern is the fact that Deri was a supporter of the Oslo plan, as well as of returning large chunks of Eretz Israel to the Arabs. It is not improbable that Netanyahu could opt to replace the Lapid-Bennet axis with a Labor-Deri axis which, along with the 7 Torah Judaism votes could give him a majority should his two youthful partners balk at any of his proposed policies.

Deri Returns to the Sound of One Hand Clapping [election] 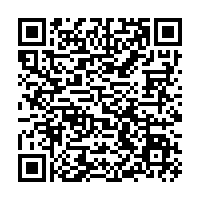