At 5:30 Thursday morning, the Knesset plenum approved the state budget for 2021 by a slim majority of 61 to 59. After a break, the world’s hardest-working lawmakers who have been filibustering one another since last May, it seems, will continue to vote on the remaining budget laws with the aim of approving the 2022 budget Thursday night. So far only three out of the five budget laws have passed.

The votes on dozens of the opposition parties’ reservations sailed error-free through the night for the coalition members, but some opposition members fell victim to their understandable fatigue.


Shas Chairman MK Aryeh Deri made a mistake and voted with the coalition on the Budget Framework Law, which was defined by the opposition as a no-confidence vote. Knesset Speaker Mickey Levy behaved like a gentleman and allowed him to correct his vote. Then, in the vote on the Economic Efficiency Law, opposition leader Benjamin Netanyahu got confused and voted with the coalition.

Speaker Levy later welcomed the approval of the budget for 2021, tweeting: “We brought sanity back to the country. For the first time in three and a half years, we passed a budget for the State of Israel. This will allow government ministries to start running in an orderly manner and ensure governmental stability. It’s a holiday.”

The last time Israel voted on a budget was in 2018, following which Prime Minister Netanyahu decided in 2019 to dissolve the Knesset in order to increase his Likud party’s majority. It was a bad move that resulted in four consecutive national elections and the ousting of Netanyahu. The Likud leader opted not to pass a new budget when he could, during his rotation government with Blue&White – because having a budget would have meant that the unity government would survive through the date when Netanyahu would be forced to transfer the PM’s job to Benny Gantz.

The short of it, which was the insanity Speaker Levy was referring to, was the fact that without a new budget, monthly money allocations to the various ministries could only be made based on the 2018 budget divided by 12, regardless of the country’s changing needs in 2019, 20, and 21 – and during the worst pandemic in the planet’s history since 1918.

Prime Minister Naftali Bennett urged the Knesset to approve the budget, saying: “We have reached the most important moment since the formation of the government – passing the budget. This is an important time for the stability of the country and its economic life. After three and a half years of clutter, mismanagement, and systems paralysis, in which the state was a tool in a personal game, years of 4 election campaigns, and a dead-end, we listened to the voices of the citizens of Israel – those who really feared for the fate of the country. We run the corona and it does not run us. The passing of the budget will ensure stability and convey to our citizens and the world that Israel’s economy is strong and growing. There are those who want a stable Israel and there are those who want it to be in constant chaos.”

Maariv columnist Ben Kaspit did the math on Thursday morning and found that had Netanyahu passed a budget during his reign in the 23rd Knesset, ten days from now he would have switched seats with Benny Gantz to become the deputy prime minister, in a much stronger position than he is nowadays.

As head of a 30+ party in the Likud-Blue&White coalition government, Netanyahu would have retained a great deal of power and kept the right-wing and Haredi parties at the helm.

Benjamin Netanyahu is the biggest loser in this morning’s budget vote. The Lapid-Bennett government is likely to survive for at least a year and a half when Lapid automatically becomes the next prime minister. With their numbers as bad as they are, both Bennett and Gideon Sa’ar are more likely to stay in the Lapid government than opt-out, which would also automatically crown Lapid as PM. So the second-biggest losers in this morning’s vote are the right-wing and Haredi parties.

The right’s only hope is a new national election – which is going to be harder than ever to bring about.

Also: while recent polls show Likud growing and the leftwing parties receding, in the end, both blocs, right and left, are about dead even, with only the Joint Arab List left to play kingmaker.

Whether dyed in the wool Likudniks like it or not, it appears the only path to victory is to crown a new party leader whom Yamina, New Hope, and even Israel Beiteinu would join in a robust, right-wing coalition. Otherwise, Netanyahu’s unsuccessful 2019 gamble could turn into a decade of left-wing rule in Israel. 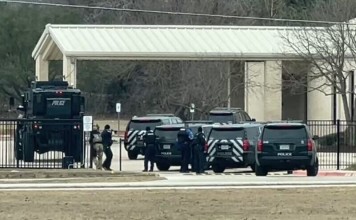