Ami Popper, in Israeli jail for the murder of 7 Palestinian day workers in 1990, sent a letter to Prime Minister Benjamin Netanyahu demanding to be set free, along with the rest of the Jewish security prisoners in jail today.

“Mr. Prime Minister, in recent years thousands of Palestinians with and without blood on their hands have been set free,” Popper wrote. And while they’re given an opportunity to continue or to start a new life outside the prison walls, they simply misuse this wonderful opportunity, repeat their terrible deeds and return to jail, knowing full well that their release will soon come.”


Popper noted that it was difficult for him to write the prime minister and to come to terms with his own terrible deed.

On May 20, 1990, Popper put on IDF uniform trousers he had stolen from his brother, then stole his brother’s assault rifle and five ammunition clips, and went to a bus stop where he asked men waiting for the bus in Rishon Letzion for their ID cards. After confirming that they were Arabs, he lined them up and opened fire, killing seven. Seven more Palestinians were killed by Israeli security forces during riots that erupted after the murder, and 700 were injured.

Popper, whose admittedly horrible acts are overmatched by the murders of Jews committed by some of the prisoners being released on Tuesday, asked Netanyahu to treat him and his fellow Jewish security prisoners equally and release them as well.

“Such a great act of releasing myself and my friends, would show the world the exulted qualities of the nation of Israel, merciful and children of merciful, giving a second chance not only to the enemy but to their own as well,” Popper wrote.

It should be noted that while the vast majority of Palestinian murderers slated to be let free have shown no remorse, Popper is contrite about his actions. He begs:

“Please, Mr. Prime Minister, receive my supplication and my regret and the outcry of my family, and give us a chance in this season, on the eve of Rosh Hashanah, which is intended for repent for the entire world.”

Considering the fact that Popper has served more than 20 years behind bars, his request seems at least as reasonable as that of the Palestinians. 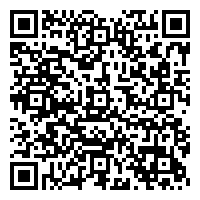