Hezbollah leader Hassan Nasrallah was in rare form Sunday, delivering one of his patented angry speeches against Israel with bare threats to attack sometime in the future.

Marking seven days since the assassination of terrorist Samir al-Kuntar, allegedly killed by an Israeli air raid in Syria, Nasrallah sounded like a fat cat ready to hunt down the “Israeli rats.”

Hezbollah  has anywhere between 100,000 and 150,000 missiles ready to rain down on Israel, but Western diplomats recently have warned him that an attack on Israel would be followed by a reprisal that would blow up Lebanon and remove Hezbollah’s legitimacy.

Nasrallah reiterated on Sunday what he said last Monday, after Kuntar was killed and what he has said several times following previous assassinations of his terrorists:

The retaliation to Samir’s assassination will inevitably come….

He carved out a picture of Kuntar fighting for the “liberation” of the Golan Heights and maintained, “When the activities of the resistance started near the Golan, Israel grew very anxious, and it started retaliating in a disproportionate manner to any shelling or gunfire on the border, even if it did not cause casualties.”

Following are some choice quotes of Nasrallah’s fiery speech which probably was mostly for local consumption:

The retaliation to al-Kuntar’s assassination is now up to the resistance fighters. [TBG: He meant, “I am too chicken to admit I am afraid to attack, so I will blame the underlings for being cowards.”]

The retaliation to Samir’s assassination will inevitably come. [TBG: Nasrallah’s time will run out unless he lives forever.]

The Israelis are hiding like rats along the border. {TBG: Fat rats can swallow the cheese without being tapped.]

[Nasrallah to Palestinians]: Do not await from Arabs a Decisiveness Storm, Restoration of Hope or an Islamic military alliance for combating terrorism. [TBG: The Palestinian Authority can go to hell.]

Those who are staging stabbing operations in Palestine know that they would either be martyred or jailed. [TBG: That is why I preach terror but don’t carry out any attacks myself.] 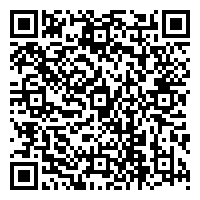