The senior spiritual leader of the National Religious movement, Rabbi Haim Druckman, has returned home from a five-day stay in the hospital to be treated for heart failure.

The 88-year-old rabbi was admitted last Wednesday after he began to experience shortness of breath and general weakness. He began feeling better after initial treatment, Walla! News reported.


“The medical examinations were normal and the doctors were satisfied with the rabbi’s medical condition and released the rabbi to his home,” Druckman’s family said in a statement. “The rabbi will continue to rest in the coming days at his home with a gradual return to routine.”

Last Thursday Religious Zionism party chairman Bezalel Smotrich called on the public to pray for the healing of Rabbi Chaim Meir ben Milka Druckman, “whose life’s work is woven into the resurrection of the People of Israel and the State of Israel.”

The rabbi serves as head of the Ohr Etzion Yeshiva and as head of the Center for Bnei Akiva Yeshivot and is a recipient of the Israel Prize for Lifetime Achievement. 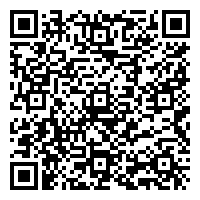