The government can expect to rake in billions of dollars from natural gas exports in the next 20 years, claimed Yitzchak Tshuva, controlling shareholder of Delek, which is a major partner in the Nobel Energy consortium that has begun pumping gas from its off-shore oil discovery.

Opposing views are trying to prohibit exports, arguing that Israel should make sure it has enough gas for domestic use before exporting.

Tshuva told a business conference on Sunday that it is possible to keep gas reserves for the country while exporting, the Globes business website reported.

“The government should encourage gas exploration deals in Israel, and ensure that more companies, both Israeli and foreign, will enter the industry,” he said. “More companies means more drilling, and Israel will strengthen its position as an important player in the field. It should be remembered that the government’s take from the gas industry, from taxes and royalties has been set at 60%, which means that the Israeli public and the state’s treasury are the main beneficiaries of the industry’s success.”

He also asserted that Israel ill have more “geopolitical power” by virtue of its exporting natural gas.

Yigal Landau, CEO of Ratio Oil Exploration, told Israeli radio on Sunday, “The domestic market is small and limited” and that agreements have been closed with other companies have guaranteed a local supply for years.

Gas Production Halted at Leviathan Due to ‘Operational Event’ 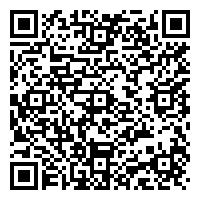