Yitzchak Navon, Israel’s fifth president, was buried at Mt. Herzl early Sunday afternoon, the day after he died at the age of 94.

Navon was active in the Ben Gurion government after having served as ambassador to South American countries. Besides being a leading politician in Ben Gurion’s Rafi party and later in the Labor party that emerged from Rafi, Navon was a brilliant educator and author.

He was one of the nation’s finest and among its greatest builders…, the scion of the glorious Sephardic Jewish community…

Yitzchak Navon’s election as president reflected his being a man who emerged from – and lived among – the people. He was imbued with a love of Israel and he worked to bridge between all parts of the nation, between Jewish and non-Jewish citizens. With his personality and his expertise, he used the Hebrew language and he worked to bridge between Israel and its Arab neighbors, especially Egypt.

He is survived by his second wife, two children and several grandchildren. 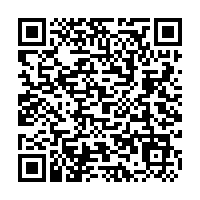