Israeli Prime Minister Binyamin Netanyahu made a personal call to U.S. Secretary of State John Kerry Saturday night after hearing that former agent Jonathan Pollard fell unconscious in a North Carolina prison and was taken to a hospital.

Netanyahu urged the United States to grant release to the former spy, who has applied for parole but whose request was rejected by the parole board.

“Pollard’s life is in danger. After 30 years in prison it’s time he should be released and live the rest of his life as a free man,” Netanyahu said Saturday night after the phone call.

Netanyahu’s efforts were followed up by the Conference of Presidents of Major American Jewish Organizations, which also issued a statement urging President Barack Obama to commute the remainder of Pollard’s sentence to time served.

“We urge President Obama, especially in this holiday season and given Mr. Pollard’s worsening health, to take steps immediately to expedite Mr. Pollard’s release and to commute his life sentence to the more than 29 years he has already served,” the group stated.

Authorities plan to return Pollard to the infirmary at the federal prison where he is incarcerated in Butner, North Carolina. Reportedly he will require surgery in the coming days, according to activists working for his release.

The former Navy analyst was convicted on a single count of passing classified information to an ally — Israel — and has been in prison since his arrest in 1985. He was sentenced to life in prison in 1987 despite having agreed to a plea bargain deal with the prosecutor’s office. The crime for which he was jailed usually carries a sentence of two to four years in prison. 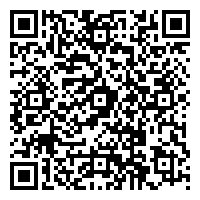