Syria has appealed to the United Nations in outrage over alleged attacks by the Israel Defense Forces against targets near Damascus on Sunday afternoon.

The Syrian Foreign Ministry issued a statement saying it “requires sanctions to deter Israel,” according to a report broadcast on Israel’s Channel 2 television news.


Israel has neither confirmed nor denied reports of the attacks.

Syria alleged the Israeli Air Force bombed targets in and around the Dimas air base and the Damascus international airport, including a warehouse in which advanced Russian-made S-300 missiles were being prepared for transport to bases in Lebanon belonging to the Hezbollah terrorist organization.

Russia’s Deputy Foreign Minister Mikhail Bogdanov met early Sunday in Beirut with Hezbollah secretary general Hassan Nasrallah at the end of a two-day visit to Lebanon before heading to Turkey. The two men “discussed political developments in the region,” according to the Lebanon Daily Star newspaper, “with particular focus on Lebanon and Syria.” 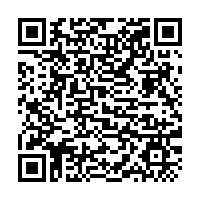