Prime Minister Benjamin Netanyahu ordered the Foreign Ministry on Saturday night to contact the six major world nations who signed a nuclear deal with Tehran and “demand immediate punitive measures be taken in the wake of Iran’s repeated and gross violations on the missiles issue.

“This is an important step in and of itself, and is also a test of the major powers in enforcing the nuclear agreement,” Netanyahu said.


The statement followed a series of Iranian military weapons tests last week that ended with Tehran crowing that it could now reach Israel with a long-range ballistic missile capable of destroying the Jewish State. The Islamic Republic even inscribed the missiles with a message in Hebrew that read, “Must destroy Israel.”

Speaking to journalists, the spokesperson said the missile exercises also did not go against Resolution 2231 of the United Nations Security Council.

“Despite some Western allegations, the ballistic missiles fired in the nationwide exercises did not violate the JCPOA or the UN Resolution 2231.

“The short- medium- and long-range ballistic missiles fired during the drills were for deterrence and defense,” he said. “None of them could carry nuclear warheads, which by the way, is not in Iran’s defense doctrine,” he added.

Ansari claimed that Tehran had issued a statement following the adoption of the UN Security Council Resolution 2231 endorsing the JCPOA, which stipulated, “Iran will continue to take the necessary measures to strengthen its defense capabilities in order to protect its sovereignty, independence and territorial integrity against any aggression and to counter the menace of terrorism in the region.

“In this context, Iranian military capabilities, including ballistic missiles, are exclusively for legitimate defense. They have not been designed for WMD capability, and are thus outside the purview or authority of the Security Council resolution and its annexes.”

The Iranian Revolutionary Guards Corps (IRGC) began the ballistic missile exercises last Tuesday, March 8. Called ‘Eqtedar-e Velayat‘, the command, tactical and special exercises were intended to test advanced missile defense systems as well as “showcase the deterrence power and the clout of the IRGC forces in defending the country’s territorial integrity against foreign threats,” according to the semi-official FARS news agency.

Commander of the Islamic Revolution Guards Corps Aerospace Force Brigadier General Amir Ali Hajizadeh was quoted by FARS on Wednesday as saying Iran’s long-range ballistic missiles can fly 400 kilometers above the ground to hit targets at 2,000 kilometers “within 12 to 13 minutes.”

Israel Ambassador to the UN Danny Danon sent an urgent letter to members of the UN Security Council this weekend calling for condemnation of Tehran’s test launch of the ballistic missiles this week.

“Iran continues to disregard its obligations to UN resolutions,” Danon wrote. “This latest provocation makes it clear that the ‘smile campaign’ of the current regime is nothing more than a smokescreen to disguise the real intentions of the ayatollah regime.”

Danon added that the missile tests were “a gross violation” of Security Council resolution 2231, which endorsed the nuclear agreement and which restricts Iran from launching missiles capable of carrying a nuclear warhead. 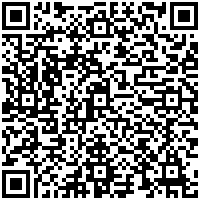