Jerusalem (TPS) – Prime Minister Benjamin Netanyahu said on Sunday that an expanded parliamentary coalition will make a renewed push for peace negotiations with the Palestinian Authority. The comments were made at the weekly cabinet meeting days after striking a deal to bring five Knesset seats of MK Avigdor Liberman’s Yisrael Beiteinu party into the coalition, with Liberman as the new defense minister.


“I want to clarify that the new government will continue to work toward a political process with the Palestinians, and we will do so with the help of regional actors,” Netanyahu said, seeking to allay concerns that the hardline Liberman will hinder dialogue with the Palestinian Authority.

“From the beginning when we established the coalition, I have said that my intention is to expand the coalition,” stressed Netanyahu. “Sixty-one is better than 59, but the broadest coalition as possible is the most important thing for Israel.”

Israel’s current government has held on to the narrowest possible majority of 61 MKs out of total of 120 MKs. An agreement with the Yisrael Beiteinu party would increase the coalition’s majority to 66 MKs, after one Yisrael Beiteinu lawmaker announced that she would not join with her party.

In a meeting with Likud ministers earlier in the day, Netanyahu expressed his continued openness towards including the opposition Zionist Union faction led by Labor party Chairman Isaac Herzog in the coalition. Netanyahu noted that several ministerial positions remain in his hands, including the Foreign Ministry portfolio, which Herzog said had been offered to him last week in a round of failed discussions.

According to Herzog, Netanyahu offered him the job of foreign minister as well as sweeping verbal commitments about working toward a two-state solution with the Palestinians – but refused Herzog’s request to commit those promises to writing. 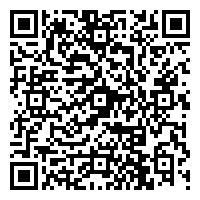