According to reports the meeting was successful, and both sides will be setting up negotiation teams to finalize the terms of Liberman joining the coalition. The two sides hope to conclude negotiations by Friday.

Before the meeting Liberman set three conditions for entering the coalition, which he shared with journalists at a news conference Wednesday morning. The former minister of foreign affairs said his party would demand the defense portfolio, imposition of the death penalty for terrorist murderers, and pension reforms.

The Likud’s rumor mill is running full force, and it’s saying that Liberman will be getting the position of Defense Minister and Moshe Ya’alon will be getting the boot. Reportedly Netanyahu also offered Liberman the Aliyah (Immigrant Absorption) portfolio as well, to sweeten the deal. Ya’alon is very much out of favor within the Likud these days as he hasn’t stopped running off his mouth with a range of statements that have angered much of the Likud’s rank and file, even causing PM Netanyahu to call him onto the carpet the other day.

Labor chief Yitzchak Herzog is also facing problems, and if it looks like Herzog failed or got played by Netanyahu, he could be facing a putsch within his own party. 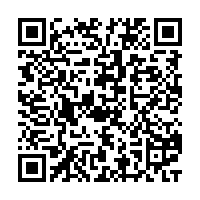