Answer: When the numbers refer to homes promised by Prime Minister Binyamin Netanyahu for Jews in Beit El, located in Samaria and north of Jerusalem.


The Prime Minister came out with a new math book by giving his approval for the “immediate” construction of 300 new homes for Jews in Beit El and 504 units in Jerusalem neighborhoods that the Obama administration and the United Nations considered illegal “occupied” by Israel.

These are the same residential unties that the Prime Minister three years ago promised would be built.

Answer: When foreign media report that Israel has given the second approval for the same 300 homes.

Given the bureaucracy involved before the bulldozers get to work, come back in another three years and we’ll see how many times they have been approved, giving the impression that we are talking about 1,200 or even 2,400 homes and apartments for Beit El.

Prime Minister Netanyahu’s announcement on the same day the High Court ordered the demolition of a housing project under construction in Beit El is far from coincidental.

The right-wing is up in arms over the decision  that nullifies government approval, based on the argument that it was granted after the project began without permits.

There are plenty of precedents for approving  construction “after the fact,” but they usually don’t apply in Judea and Samaria, unless the homes are being built by Arabs.

The Palestinian Authority, as expected, condemned Netanyahu’s’ announcement, and the U.S. State Dept. will do the same, in more diplomatic terms, when it will be asked about the “new” project by reporters.

Israel never will get a fair shake in foreign media when it comes to building for Jews.

The French AFP news agency wrote as “facts” on Wednesday:

They [settlements] are seen as further complicating peace negotiations aimed at leading to an independent Palestinian state. Talks have been stalled since last year.

Israel seized the West Bank in the 1967 Six-Day War and nearly 400,000 Jewish settlers currently live there.

The news agency should have just as “factually” reported that Palestinian Authority refusal to acknowledge Israel as a Jewish state further complicates peace negotiations.

AFP also should have written that there is no proof that the two buildings that now have been demolished are on “private Palestinian land.”

And its statement that “Israel seized the West Bank in the 1967 Six-Day War” is totally warped.

The Jordanian Foreign Legion fled Judea and Samaria like jackrabbits in the war, leaving the land in Israel’s hands.\

News agencies also could add in their reports Jordan occupied Judea and Samaria for 19 years, and  “occupation” is the correct word since there was no U.N. mandate for Jordan to take control of the entire region.

They could note that Jordan denied  Jews and Christians to holy sites in “East Jerusalem.”

They also could tell their readers that after 19 years of benign neglect by Jordan – and even worse neglect of Gaza by Egypt – the Arab economy and society flourished under the Israeli “occupation,” until the intifada wrecked everything.

But they won’t report any of that. They simply cannot do so because most foreign journalists work under the assumption that Israel is wrong, if for no other reason than the United States and the European Union say it is wrong.

The First Lesson of the Holocaust: The Jewish People Will Never Allow Anyone to Do This to Us Again 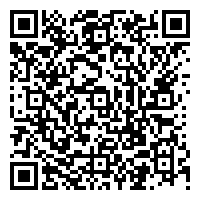