In a move he insisted was driven by a long-time need for structural change, Prime Minister Benjamin Netanyahu expressed his support Thursday from Mexico for a new law that would transfer authority for declaration of war from the entire government, to the cabinet.

“For many years now I have thought that Israel’s constitutional framework doesn’t allow for it to deal with military challenges in the modern era.


“The change that is required is to bring the critical decisions to the cabinet,” Netanyahu said. “The required change can happen only as a consequence of new legislation. This is what we’ll do.”

The prime minister spoke with reporters on the sidelines of a meeting between Israeli and Mexican business leaders in Mexico City, and stressed there was no hidden agenda behind his remarks, saying the statement referred solely to structural change within the government.

The History Of Machloket (Part III) 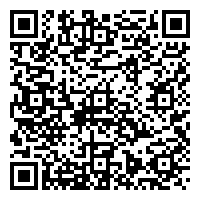