Colombia’s President Juan Manuel Santos had high praise for Prime Minister Benjamin Netanyahu on Wednesday during their meeting at the presidential palace in Bogota over Israeli expertise provided to help the nation its countryside of anti-personnel mines.

“Your country has been a friend and ally of Colombia, and recently a great ally in the construction of peace in the country,” Santos said. “We would like to strengthen this magnificent relationship.”


An eight-member Colombian delegation arrived in Israel a week after signing an historic agreement between the Santos government and the Marxist-Leninist FARC terrorist organization, ready to learn how to clear land mines. The group was trained by the Defense Ministry’s National Mine Action Authority.

Santos received a Nobel Peace Prize for his part in sealing the agreement between the two sides. 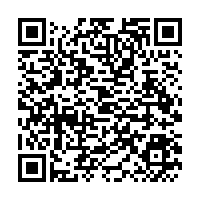