Senior Intel VP Prof. Amnon Shashua is leading the visit and acting as tour guide for the dozens of visitors who will be attending the gathering. Shashua, who is the Mobileye cofounder and current CEO of the Mobileye group in Intel, also raised the idea for the venue for the event in the first place.


The prime minister will brief the execs on Israeli technological innovation, including the latest advances in cyber, AI (artificial intelligence) and quantum computing, according to a report posted on the Globes business news site.

“The visit highlights our commitment to Israel and our belief that Israel is a catalyst in promoting the technology that will drive the coming era,” Swan said in a statement. “Israel will become a global center for autonomous driving technology, AI, and core computing, all of which are extremely important for the world.”

Israeli technology has already been focusing on the issue, with software developers in the Israeli “Silicon Valley’ on the Mediterranean coast hard at work in startups and incubators carefully supported by several major corporations. 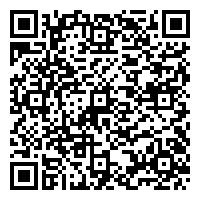