In a meeting this week between Prime Minister Netanyahu and twenty settlement leaders, Netanyahu said that it was the US’s demand to freeze settlements that prevented the meeting of the Department of Planning in the Civil Administration.

Netanyahu said he was the one who gave the order for the department to not meet, but didn’t anticipate the extensive damage that came about as a result, where, even to put up a light post, much less build a needed nursery school, became impossible.

Netanyahu told the leaders that Obama had demanded of him that not even one house be built. 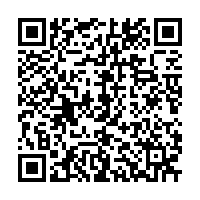