Prime Minister Benjamin Netanyahu on Wednesday announced plans for the first new Jewish community to be established in Judea and Samaria since 1991. Since then, a Labor-led government was elected, sent emissaries to meet illegally with PLO representatives and dramatically changed the Jewish political direction from expansion to contraction of the settlement enterprise.

That last to be established community was Revava, near the city of Ariel.


Netanyahu will set up a ministerial committee to decide the location, the name and the required resources of the new settlement. The staff of the new community-establishing team will include the PM’s Chief of Staff Yoav Horowitz, the Secretary of Defense’s assistant for settlement issues Kobi Eliraz, and several Amona residents.

While the PM and his ministers were negotiating the peaceful evacuation of Amona in recent weeks, Netanyahu promised the residents that the state would build them a new community wherever they wish, provided the location would be on state-owned land. It is now being speculated that the planned location would be within the Mateh Binyamin regional council, in close proximity of an already existing community.

The PM’s announcement about the first Jewish settlement in 25 years coincided with his and Defense Minister Avigdor Liberman’s announcements of thousands of new housing units slated for construction in Judea and Samaria as well as in eastern Jerusalem. 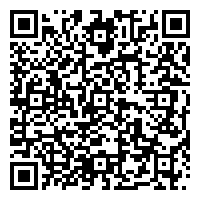