Gould, who served in the post for the past five years, will take up his new position as Director of Cyber Security at the Cabinet Office shortly, according to the British Embassy in Tel Aviv.


“It is a great privilege to be the new British Ambassador to Israel,” he said upon entering the post on Monday.

“Israel is a fantastic posting. I look forward to getting to know all of Israel’s communities.

“I want to deepen the partnership between our two countries, in particular strengthening our ties in the fields of trade, investment, science, technology and cooperation against shared security threats, and work for progress toward peace.”

Quarrey joined the FCO in 1994 and served as director for the Near East and North Africa at the British Foreign Office.

In addition, he has worked as private secretary to former British Prime Minister Tony Blair and as Director for Foreign Policy in the National Security Secretariat. He has also served at the UK Mission to the United Nations in New York, as well as in New Delhi and Harare.

A First: Sukkah at UK Foreign Office in London 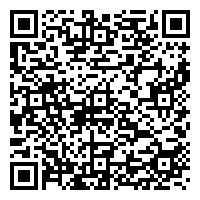