A pile of blazing tires on the old Jerusalem highway (Highway 443) stopped commuters in their tracks early Monday morning.

The ambush, located just 500 meters (about 1/3 mile) from the Maccabim checkpoint, blocked the approach from Modi’in to Jerusalem close to the line that separates pre-1967 from Area A of the Palestinian Authority territory.


It was the two firefighting crews sent to the scene to extinguish the flames who discovered the blaze was actually a cover for something a little more ominous.

Terrorists had hidden a gas cylinder among the burning tires blocking the Jerusalem-bound side of the road.

The bomb squad was called to the scene and sappers were able to neutralize the threat in short order.

Police reported no injuries and no property damage as a result of the incident. An investigation has been launched. 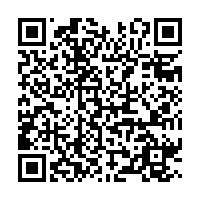