Over the last couple of weeks, hundreds of rabbis have signed a Kol Koreh (religious proclamation) that condemned the Department of Health’s effort to set conditions on Jewish religious practices by spreading misinformation.


The New York City Department of Health is expected to issue an order this week with regards to the religious ritual of metzitza b’peh which may require written parental consent.

“For the government to infringe on our religious practices is absolutely unacceptable,” said Tischler, “this is an attack on our religious liberties. The Bloomberg administration’s impending order needs to be stopped immediately. The Attorney General should take a close look at the legal options the state has to stop such regulations.”

Mr. Tischler also added, “It was unfortunate that Dov Hikind supported Brad Lander for City Council in 2009, who openly criticized bris milah and called it “ritual violence.” The NYC Council has direct jurisdiction over the Department of Health and Bloomberg now has another rubber stamp for his policy on bris milah.

“Unfortunately, having a proponent of this policy on the City Council is to the Orthodox community’s detriment. It’s incredibly ironic that my opponent is railing against this policy considering his past support for a candidate who’s view on this issue was criticized by Jewish leaders and The Jewish Press and Mr. Hikind chose to disregard their concern nevertheless and to continue to support Mr. Lander. 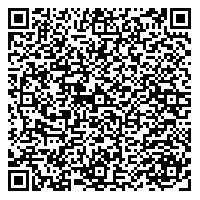