When even the very outfit that conducted the interview with Meir Dagan misrepresents what the man actually said, it provides an opportunity to identify agenda driven reporting.

Here’s the CBS News headline for their promo of the Sunday night 60 Minutes interview with Dagan:

Now, to be fair, Dagan has been a cool voice on the issue of whether or not Israel should bomb Iran’s nukes, and so it is tempting for some to see his call for Israel’s leaders to count to 30 before speaking, as a statement of support for Obama’s view of diplomacy before war.

On January, 2011, Dagan, who was retiring from his post as Mossad chief, told the Knesset Foreign Affairs and Defense Committee that he did not believe Iran would have nuclear capability before 2015.

And so, in Lesley Stahl’s interview with Meir Dagan, part of next Sunday’s “60 Minutes,” she brings up the quote in which he supposedly said that bombing Iran now is “the stupidest idea” he’d ever heard.

Except that’s not exactly what he said. A May 8, 2011 NY Times article reports: “Israel’s former intelligence chief has said that a strike on Iran’s nuclear installations would be ‘a stupid idea,’ adding that military action might not achieve all of its goals and could lead to a long war.”

And the same article continues with a quote from Dagan, speaking at a conference of senior public servants, saying that he declared that “Iran must not be allowed to produce nuclear weapons,” and advocated “covert means of setting back the Iranian program.”

Indeed, this is how Dagan responds to Stahl’s question regarding the “stupidest idea”:

Dagan: An attack on Iran before you are exploring all other approaches is not the right way how to do it.

In fact, the same promo page on CBS News confirms:

Dagan also told Stahl he thinks it’s a mistake generally to make this situation an Israeli-Iranian issue. It should be an international issue. Somehow the Saudis should be encouraged to speak up and pressure the United States. And what he would really like to happen is that Israel sits back, and the Americans do it for the Israelis. It would then be internationalized. He knows that Israel will be attacked whoever does it, but they’ll be attacked less and what he’s most worried about is the retaliation.

In other words, Dagan does not think attacking Iran today is necessarily a bad idea, if the threat is high enough, he only thinks it’s a bad idea for Israel to do it – because a coalition attack on Iran would achieve far superior results.

And we’re not told what Dagan thinks should happen if no one else is willing to join Israel or fight in its stead, while Iran completes its nuclear program and starts blowing up atomic mushrooms in the Dasht-e Kavir desert. Does he think Israel should be sitting on her hands under those circumstances? Somehow I doubt it.

But Meir Dagan’s flare and vigor, colorful celebrity that he is, are being exploited by some media outlets to distort his quite carefully expressed message, creating the impression that he actually supports the Obama Administration’s reluctance to attack Iran.

Did you expect me to start with an Ha’aretz headline? I shan’t disappoint you:

WATCH: Former head of Israeli Mossad: Now is not the time to attack Iran

Dagan agrees with Secretary of State Hilary Clinton and President Obama that there is still time to wait before dire actions need to be taken.

Except, at least in the promo and press release, Dagan never says he agrees with Clinton and Obama, and furthermore when Stahl says there is “a lot” of time, he emphatically corrects her and removes the words “a lot” from her sentence, and only says there is still “more time”, presumably meaning we haven’t reached zero-hour yet, but we’re close.

Only at the very bottom of the page Ha’aretz acquiesces that Dagan may not be against bombing Iran after all:

During the interview Stahl suggested that it seemed he was advocating Israel wait and have the U.S. attack Iran’s nuclear sites. Dagan replied: “If I prefer that someone will do it, I always prefer that Americans will do it,” he says.

How many Internet users scroll all the way to the bottom of an article? Only the ones with nothing better to do, like yours truly. But for all intents and purposes, it has now been established that Meir Dagan is against bombing Iran, because it’s stupid. They say so, on the Internet.

And that perhaps is Dagan’s real message, he wants the US and/or an international coalition to stop Iran, including bombing if it need be. Not Israel.

CBS also seems to be playing up Dagan’s analysis of Iran and Ahmadinejad’s sanity and rationality – seemingly implying that tried and true Cold War rules could apply here too.

The regime in Iran is a very rational one,” says the former top Israeli spymaster.  And President Ahmadinejad?  “The answer is yes,” he replies. “Not exactly our rational, but I think he is rational,” Dagan tells Stahl. 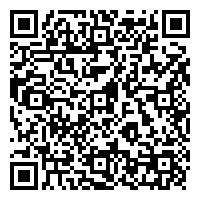