Russian authorities have confirmed to Israel’s Foreign Ministry that no Israeli citizens were aboard a Russian airline that crashed on Sunday about ten minutes after departing from Moscow airport.

Saratov Airlines Flight An-148 crashed Sunday afternoon (Israel time) while en route to the city of Orsk, near the border of Kazakhstan, from Moscow.

All 71 people aboard the flight were killed, including 65 passengers and six crew members.

An investigation has been opened into the cause of the crash. 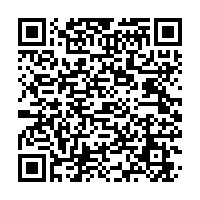