(JTA) — Police removed a sign from a Belgian cafe saying that Jews were not allowed following a complaint by an anti-Semitism watchdog.

The Belgian League Against Anti-Semitism, or LBCA, filed the complaint Wednesday with the mayor of Saint-Nicolas against the parties responsible for hanging a Turkish- and French-language sign at a cafe in the Liege suburb.


The Turkish text reads, “Dogs are allowed in this establishment but Jews are not under any circumstances.” The French text replaces “Jews” with “Zionists.”

Following the LBCA complaint, Saint-Nicolas Mayor Jacques Heleven dispatched police to the cafe, who had the sign removed and confirmed the LBCA report.

The window display also included a Palestinian flag, an Israeli flag crossed out with a red “X” sign and a kaffiyeh, or Palestinian shawl, draped around it.

“LBCA will file in the coming hours a criminal complaint with the Liege prosecutor over the actions of those responsible for this violation of the July 30 law against racism and xenophobia of 1981,” LBCA said in a statement.

Last week, the Belgian Jewish newspaper Joods Actueel reported that a shop owner in Antwerp had refused to sell an Orthodox Jewish woman clothes “out of protest.” An employee confirmed that the shop had temporarily adopted a policy of not selling to Jews.

Western Europe has seen a significant rise in anti-Semitic hate speech and attacks — including against nine synagogues in France — since Israel launched its Operation Protective Edge against Hamas in Gaza on July 8 following a barrage of rockets from Gaza into Israeli cities and towns. 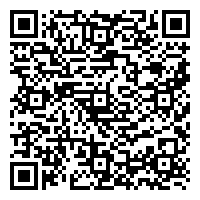