New York police have arrested and charged a non-Jewish janitor at the Chabad 770 headquarters with molesting a young Israeli girl who was sleeping in a stairwell.

The incident provoked complaints of the lack of sleeping facilities for Jewish tourists who are essentially homeless.

The girl who fended off her attacker with screams is visiting from Israel for the month. She was sleeping in a stairwell leading to the women’s section of “770” when the attacker, of Hispanic descent, began to molest her.

Shomrim security officials tracked down the suspect, and the young woman was able to identify him in lineup.

Crown Heights Info reported that many women pay an organization that is supposed to provide housing and eating facilities for visitors, but young Jewish women have been seen roaming the streets with their luggage but without a place to stay for the night. Some of them sleep on benches in synagogues. 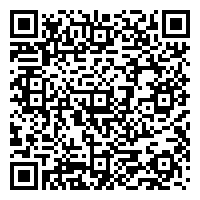