A jury in New York federal district court has found the Palestine Liberation Organization and the Palestinian Authority guilty of supporting terrorists in carrying out attacks in which Americans died — a decision in an international case that has dragged on 10 years.

Oddly, not one national network carried “breaking news” about the verdict when it was announced, nor was it mentioned on evening newscasts. No one missed rehashing the previous night’s Oscar awards, the previous day’s video call by al-Shabaab to attack the Mall of America, and various local news events.


The jury found the PA and the PLO knowingly provided support for at least six terrorist attacks in which U.S. citizens were killed and wounded between 2002 and 2004. The plaintiffs were awarded $215.5 million in damages. However, the lawsuit by 10 families comprised of some 36 members was filed under the Anti-Terrorism Act, which actually triples the award of damages, raising the total to $655.5 million.

The law allows U.S. citizens who are victims of international terrorism to sue their attackers in United States court. Eight of the victims were physically injured but all were deeply scarred emotionally by the attacks, testimony showed. Also included among the plaintiffs were the estates of four victims who were murdered in the attacks.

The verdict came in the seventh week of a civil trial that included emotional testimony from survivors of suicide bombings and other attacks in Jerusalem.

More than 450 people were injured, including some permanently maimed, and 33 people died in the attacks.

The targets included a crowded bus stop, a public bus and a school cafeteria on the campus of Hebrew University in Jerusalem.

Many of those involved in the planning and operational aspects of the attacks were proven to have been actual employees of the Palestinian Authority.

In addition, plaintiffs documents that the PA had paid salaries to terrorists imprisoned in Israel – and followed up with “martyr stipends” to the families of suicide bombers.

The practice continues to this day, with such payments promised as incentive to commit future attacks.

Last September, a Brooklyn jury found the Arab Bank liable in a case filed by 300 victims of 24 terrorist attacks for supporting terrorism via Gaza’s ruling Hamas terrorist organization. The case has yet to be concluded, with damages to be set in a second trial. 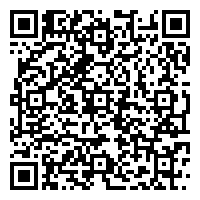