It was a brisk sunny afternoon at the Margaret Tietz Nursing and Rehabilitation Center in Queens, NY, where elderly Jewish and non-Jewish patients were quietly enjoying a meal and some musical visitors.

Sporting royal blue sweaters with the logo “Music Vs.,” a chorus of ten college students from the two Orthodox universities in New York, Lander College for Men and Yeshiva College, entered with violins and a pianist to entertain the patients of the rehab unit.


The young men in their early twenties arrived from areas in Queens and Manhattan with smiles, eager to spread warmth, light and happiness to those around them. They are part of Music Vs. (pronounced “Music Verse”), an international student initiative whichbegan in Yeshiva University three years ago. It has quickly taken off to include nearly 25 colleges, high schools, yeshivas and seminaries across the U.S., Israel and abroad.

Merging medicine with the humanities in order to address patients’ psychological as well as physical needs,the goal of Music Vs. is to use the universal language of music and the arts to alleviate the social awkwardness associated with meeting strangers. Its members have been revolutionizing the effectiveness of bikkur cholim by creating conversation and lasting relationships with those struggling to overcome medically related conditions, particularly seniors and veterans.

An acronym of Musical Undergraduates’ Support Initiative for Children, Veterans and Seniors, the word “verse” in Music Vs. alludes to various things: “pasuk” (a Biblical verse), a “musical verse” and “against something” (in this case, using music to help people fight against medically-related conditions, depression and loneliness).

Mark Weingarten, a Biology and History major at Yeshiva College and rabbinical student at the RIETS semichah program, is the brainchild behind Music Vs. As Founder and Executive Director, Mark has spearheaded the program’s development and expansion. He was honored at last year’s 89th annual YU Hanukkah Convocationand Dinner.

The idea behind Music Vs. came from Mark’s trips to play the violin for patients in Jerusalem’s Hadassah Hospital on Friday afternoons during the two years he spent at Yeshivat Kerem B’Yavneh. Mark, who grew up in Queens, learned to play the violin at age three along with his twin brother, Michael, Music Vs. co-founder.

At Hadassah, Mark would perform for the mostly elderly patients. One day, he came across a man in his fifties, a father of a large family in Mea Shearim. Mark returned every week to visit; he played music and tried to cheer him up. Although the man tragically passed away, this weekly experience taught Mark that music can enhance bikkur cholim; it was what made him comfortable getting to know a dying man.

Back in America, he sought to implement those lessons to aid populations who traditionally suffer from loneliness and depression, an idea that found life in Music Vs. Despite the connotations of the name, the musical background of its members varies. While most are a bulwark of experienced musicians, many members don’t play an instrument, and participation is open to everyone. An easy smile and some enthusiasm are just as important to keeping things up-beat.

At today’s event, the Yeshiva students merge seamlessly with their Lander counterparts. After singing a few songs, the men weave and mingle among the patients, beginning conversations as a piano continues to play softly in the background.

Mark explains the purpose of the music and the visits he helps orchestrate. “It’s comforting for people to talk, to speak about their life experiences. The point of the music is both to cheer people up and to facilitate those conversations. It serves as the common denominator to create a connection.”

While geared towards alleviating the loneliness of the elderly, Mark explains that Music Vs. simultaneously aims to heighten participants’ appreciation of history and to develop their interpersonal and leadership skills.

“The stories we hear are fascinating,” says Marnie Weingarten, a freshman who started Music Vs. at Yeshiva University High School for Girls with her twin sister, Michelle, for which they already won a grant from Disney. “And events also provide an easy way to learn to leave your comfort zone.”

At the Margaret Tietz Center, which caters to a Jewish population but also has many non-Jewish residents, the weekly musical visits serve as a much-needed break welcomed by all.

A standard Music Vs. event, much like the one at Margaret Tietz, commences with music, usually in line with the background of those they visit – patriotic music for veterans, traditional European, Shabbat, or holiday related music for Jewish patients. Followed by a meet and greet, students take musical requests from the audience

The mission has been working wonders in Washington Heights, where Yeshiva’s Music Vs. branch runs roughly two events a week, including a highly successful weekly visit to Holocaust survivors in their homes. As with the event at Margaret Teitz, the branches often coordinate their efforts. When informed that a child in need of intensive medical care would be hospitalized downtown for weeks, Music Vs. members from Yeshiva and Stern College for Women alternated sleeping over at the hospital so that the child’s parents could have a much-needed break.

“It’s all about the small things,” said Elisheva Jakobov, who co-directs Stern’s Music Vs. “Music Vs. gives people the opportunity to make quick acts of chesed a daily part of their schedules. Last spring, we launched a campaign for members to call an elderly person once a week, even just for five minutes, to achieve that same end.”

The leadership team is amazed at how far Music Vs. has come. A program that started with a handful of volunteers has grown exponentially to include students from a wider array of backgrounds. Many of those who have joined have quickly learned the value of giving through the initiative. According to Elianna Simon, a Touro University student who runs PR, Music Vs.’s appeal is based on the way that “we try to make acts of kindness cool, fun, and enjoyable. It’s so easy to get involved, and the experiences leave a huge impact.”

Mark says, “It’s a real privilege to be a part of a movement that unites people from a kaleidoscope of backgrounds and schools to show that people are defined most by what they do for others.”

To get involved or to support Music Vs., please visit musicvs.org. 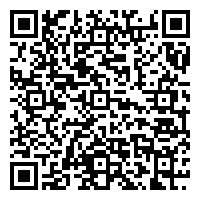